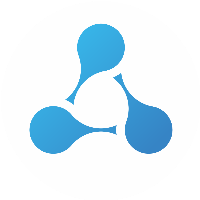 SoftWLC is a software Wi-Fi controller that consists of several modules performing various operations in order to provide complex solution for organization of centralized Wi-Fi networks with Portal and Enterprise authorization.  According to project requirements, certain modules can be included into the system or excluded from it. 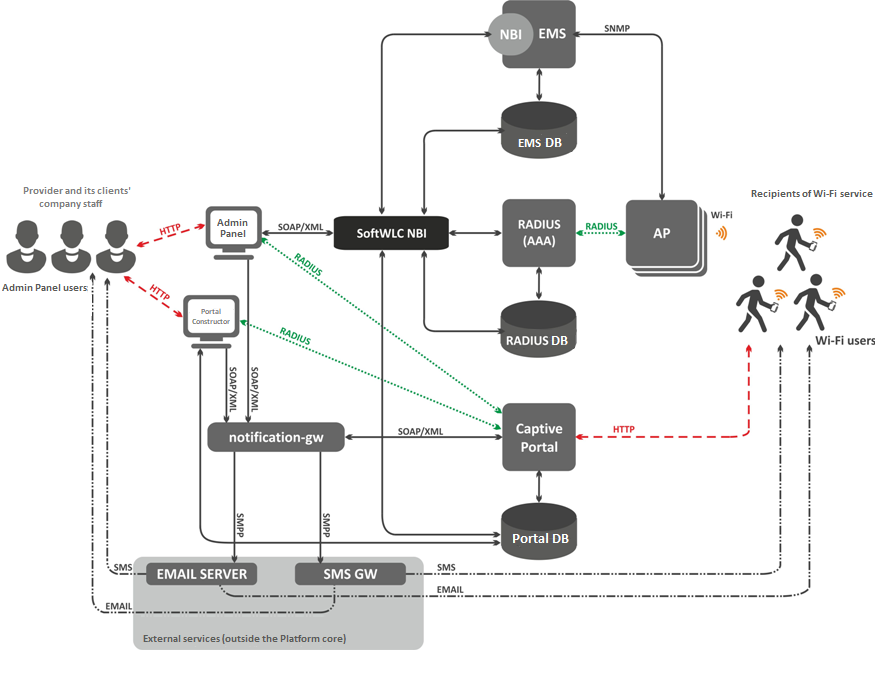 Minimal solution requires two servers: each server includes all the modules with Active-Active redundancy. SoftWLC servers are integrated to an operator's network. L3 connectivity is provided between the servers and access points. That is enough to use the product. Management interfaces are configured on each access point to provide interaction with SoftWLC within a special control VLAN. Client data goes from access points in clients' VLANs (one VLAN for each SSID) to carrier network and then to the Internet. 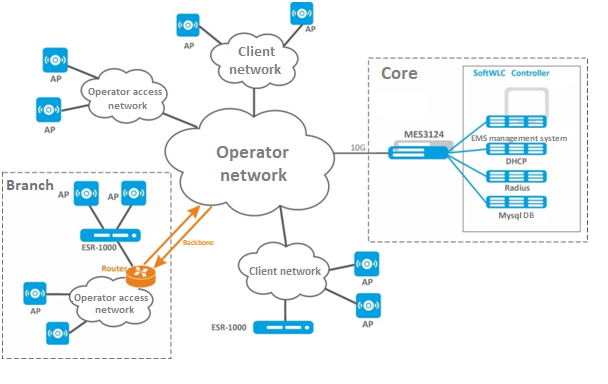 This scheme is a case for large distributed networks deployed between several cities or regions. The number of servers required for SoftWLC operation depends on the planned traffic load. 10 servers are needed for the maximum solution: the first pair of servers is reserved for EMS, WEB portal and APB, the second pair – for Database, the third pair – for RADIUS, the fourth pair – for DHCP. It is recommended to install Customer Cabinet to a separate redundant front-end server with maximum security.  All the servers are connected to a pair of stacked switches that are connected to a redundant pair of routers in a carrier network. If a client decides to terminate subscriber sessions on his own territory, it is possible to move one or more ESR-1000 routers to a client's network. If a carrier network has global distributed backbone structure, it is possible to move ESR-1000 routers to subsidiaries.

ESR-1000 service routers are used to solve the next tasks:

Access points can be connected both to a carrier's access network and to a client's one. When enabled, access points create Soft-GRE tunnels to ESR-1000 service routers over a carrier network. Then data is routed to SoftWLC or to the Internet.

SoftGRE tunnels between ESR-1000 and access points are created over a carrier L3 structure.  Each access point has two tunnels: The Management tunnel for management traffic and the Data tunnel for subscriber traffic transmission.

The Management tunnel is used to transfer management traffic from/to an access point located in a separate management network. This subnet is invisible for a carrier's L3 segment due to GRE tunnel headers. Subscriber traffic is transffered within the Data tunnel. The traffic is terminated to ESR-1000 and then routed to a carrier network (to its NAT). 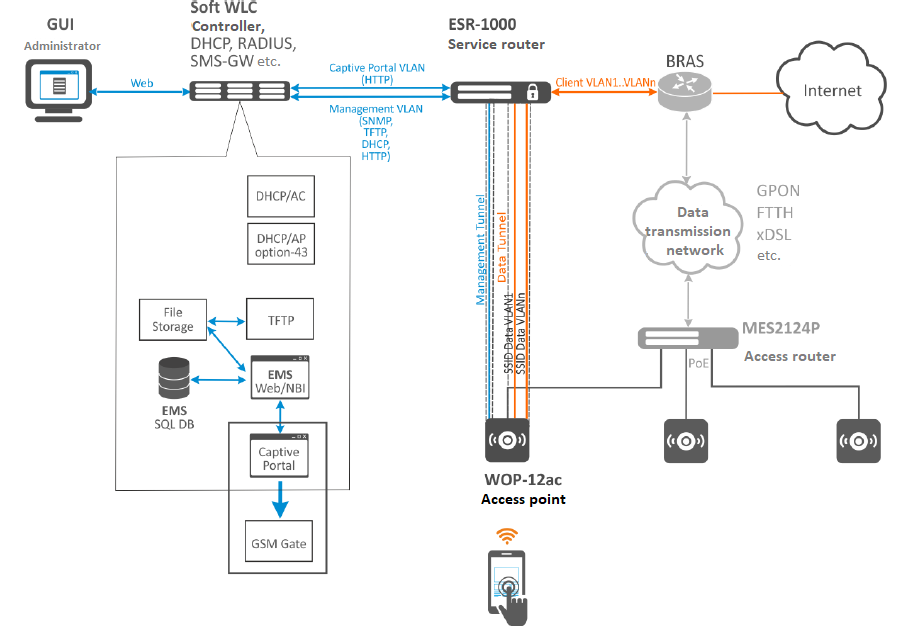 System requirements for the SoftWLC server

SoftWLC software controller should be installed on a server with Ubuntu Server 14.04 LTS operating system

Technical support is carried out only with Ubuntu Server 14.04 LTS operating system

When choosing a server, the following system requirements should be taken into account: